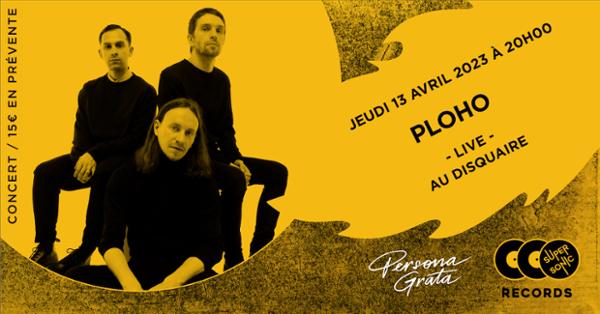 PLOHO
(Post-punk, new-wave – ARTOFFACT RECORDS – Novosibirsk, RU)
«ploho» is a post-punk / new-wave band formed in 2013 in Novosibirsk – a major industrial centre in Siberia. The band focus on a particular lo-fi sound that derives both from their passion to Soviet and British new-wave of the 80s and the lack of resources and absence of proper studio equipment. These factors led to a particular type of sound that was afterwards much borrowed by many other bands from different post-soviet countries. The band combines the cold and loneliness of the Siberian industrial megapolis with traditional post-punk, adding the stories of hopelessness and pointlessness of struggling with a police state, at times with irony and sometimes with a glimpse of hope. «ploho» romanticises the life of the common man living in an old housing complex and sings of the unremarkable lives of ordinary guys like these, nostalgic for the 1990s and early 2000s, with its VHS and tape cassettes.
Regardez:
https://www.youtube.com/@PlohoBand/videos
Ecoutez:
https://plohoband.bandcamp.com/

In February 2022 the band started recording their last album «When the soul sleeps». The start of the Russian invasion of Ukraine initially stopped the recording for some time but afterwards these tragic events heavily influenced the album. The lead singer and frontman Viktor Uzhakov felt determined to finish it but added a few songs written in march 2022 describing his emotions, expressing fear for their Ukrainian friends and the tragedy in whole.
By the end of summer the same year the album was finished in the legendary studio «Melodiya» after which the band officially left Russia for good and relocated itself to Belgrade, Serbia where it is based now.